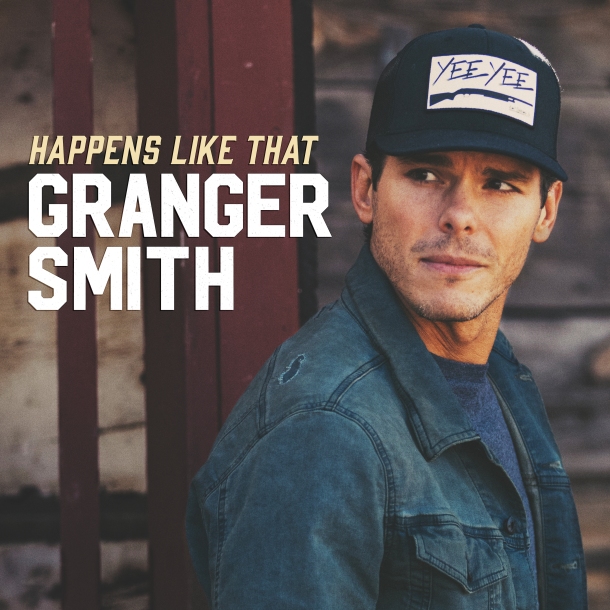 “Happens Like That” is the first single off his upcoming new album, slated to release this fall. Granger Smith recently sat down with Billboard to express his excitement in bringing his fans new music saying, “Writing on tour, in the heart of all our fans, where ultimately the songs will be delivered, is a game changer for me. We can literally look out the window of the bus and write songs about the town where we are parked. That’s exactly how ‘Happens Like That’ was penned, sitting on the bus in a parking lot in Tacoma, Washington watching fans file into the show. I can’t get more connected than that.”

Granger penned the track with Tyler Hubbard from Florida Georgia Line, Jordan Schmidt, Justin Wilson and Andy Albert. “The song came from the idea that as soon as you sort of stop looking and are content with being single, that’s when the love of your life walks into your life. That narrative unfolded as all of us had lived it. It’s when we least expect it – it happens like that.”

Over the course of his groundbreaking career, Granger Smith has amassed a massive and rabid audience now known as “Yee Yee Nation” built through heavy touring and grassroots fan engagement. He now has a social media following of over 5.5 million and nearly 100,000,000 views on YouTube alone. Flagship artist on BBR Music Group’s Wheelhouse Records, Smith broke onto the national scene with Remington, an album that garnered him the No. 1 single “Backroad Song.” Smith was also awarded a BMI Country Award for writing, producing, publishing and performing “Backroad Song” and followed it with the Top 5 hit, “If The Boot Fits.” “Backroad Song” was One of the Top 10 Most Played country singles of 2016 according to Mediabase. Granger was nominated as Best New Country Artist for the 2017 iHeartRadio Awards and was included in the 2017 crop of artists honored during the CRS “New Faces” show. Smith plans to release his next full length album this fall. He will take a break from his national, headlining tour this fall to go on the road with Luke Bryan on the “Huntin’, Fishin’, And Lovin’ Every Day Tour.”