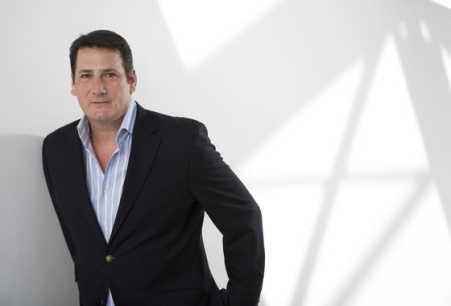 Tony Hadley was the soulful front man for the hugely popular 1980s New Romantic band Spandau Ballet. After fifteen Top 10 singles (including the #1 smash “True”) the group took a 20-year hiatus before reforming in 2009, again hitting the U.K. Top 10 with their reunion album, Once More. Following an acclaimed 2014 documentary about the band (Soul Boys of the Western World, directed by Julien Temple) and a successful tour, Hadley stepped out in 2015 with The Christmas Album, his first holiday offering, showing the same adventurous spirit while doing what he does best — making every song his own.
The album is due out October 21, 2016 on Omnivore Recordings.
Including standards like “White Christmas,” “Let It Snow! Let It Snow! Let It Snow!” and “Santa Claus Is Coming To Town,” The Christmas Album moves effortlessly into the ’50s with Chuck Berry’s “Run Run Rudolph,” the ’70s with “I Believe In Father Christmas” (Greg Lake of Emerson Lake & Palmer), The Pogues’ “Fairytale Of New York” from the ’80s, and into the current century with Keane’s “Somewhere Only We Know” as well as originals. Previously only available as an import, this 2016 version of The Christmas Album adds three new tracks for its introduction to the world.
From “Have Yourself A Merry Little Christmas” (a duet with Kim Wilde) to “Shake Up Christmas” (co-written by Butch Walker and Pat Monahan of Train), The Christmas Album delivers to the romantic, the new romantic and every generation in between.
A new holiday classic? We know this much is true.
CD/Digital Track Listing:
1. Shake Up Christmas
2.I  Believe In Father Christmas
3. Have Yourself A Merry Little Christmas (Duet with Kim Wilde)
4. Santa Claus Is Coming To Town
5. Jingle Bells (Duet with Max Giusti)
6. I Don’t Want To Spend One More Christmas Without You
7. Fairytale Of New York (Duet with Nina Zilli)
8. Somewhere Only We Know
9. Lonely This Christmas
10. Every Second I’m Away
11. Let It Snow! Let It Snow! Let It Snow!
12. White Christmas
13. Silent Christmas
14. Driving Home For Christmas
15. Stay Another Day
16. Snowing All Over The World
17.Run Run Rudolph
18. Ave Maria