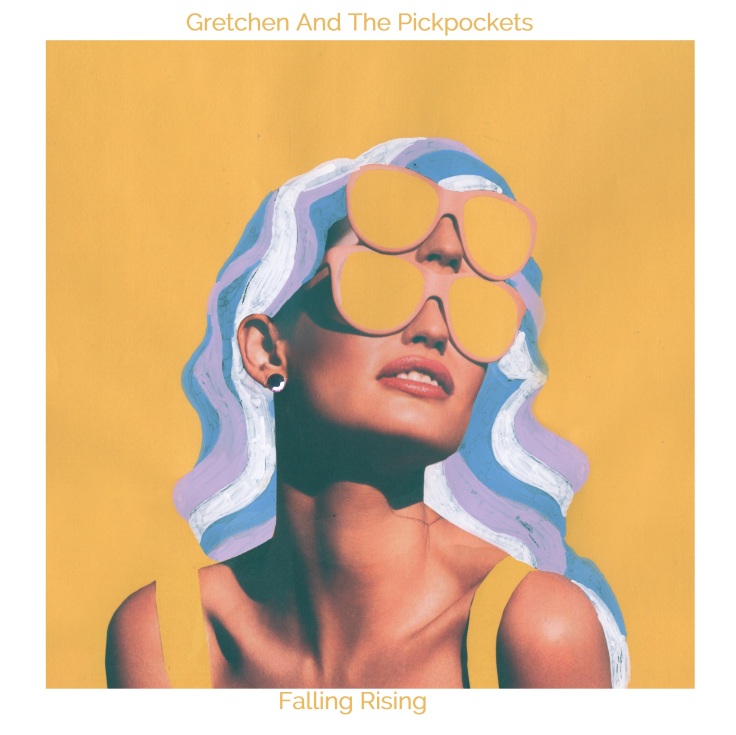 Gretchen And The Pickpockets — Falling Rising

If there was ever a cocktail party in a CD, Falling Rising is it. Jazzy in its satisfying complexity, yet poppy in its glistening purity, Gretchen and The Pickpockets‘ Falling Rising is a must-have album for the summer of 2018. If the songs themselves don’t always rise above the predictable, the precision with which they are performed is dazzling.

Gretchen And The Pickpockets prominently features vocalist Gretchen Klempa. Her delivery is nuanced in tone, perfectly in control, while splashing with emotion. She conveys just the sort of musical spritzer that you be grateful for on a warm day or night. With her extensive range and infectious confidence, she achieves any desired emotional state with immediacy and ease. With trying to be, it is a vocal tour-de-force.

But it’s not all about Gretchen. The band features Mike Klempa on bass, Ryan O’Connell on trumpet and guitar, Tom O’Connell on drums, Richie Smith on guitar, and Diego Tunjano on saxophone. Joining them on this release are Mark Taddonio on trombone, Conor Powers on trombone and Billy Jewell on trumpet. These are lively, sometimes cheeky, grooves that exemplify the payoff that arrives when the instrumental and the vocal intertwine to become one. And that’s really what makes the album such a pleasing discovery.