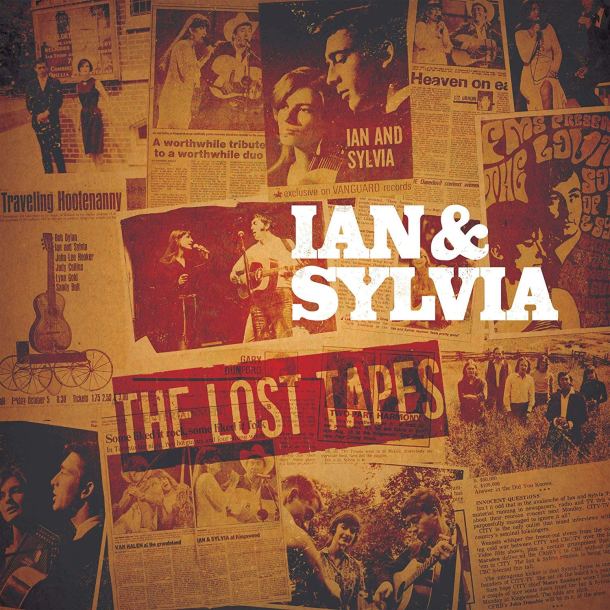 The first thing you hear is applause.

It is a fitting beginning to a two disc collection of classics and previously unreleased material from Ian & Sylvia (Ian Tyson and Sylvia Tyson), the legendary Canadian rock/folk duo. Anyone who appreciates the music of artists such as the Byrds, Gram Parsons, Linda Ronstadt, Waylon Jennings, Emmylou Harris, or  Peter, Paul & Mary (among so many others) will recognize the inspiration in the songs of Ian & Sylvia.

Ian & Sylvia first came to prominence in the early 60’s folk scene in Greenwich Village performing alongside Bob Dylan (they were also managed by Albert Grossman), Joni Mitchell and Gordon Lightfoot (who they made famous by being the first to record “Early Morning Rain”) and were headliners at the now famous 1963 Newport Folk Festival. In early 2019, Sylvia discovered a box of old 1/4 inch analog tapes in her attic that were professionally recorded in the early 1970s in front of a live studio audience. Over 20 previously unreleased recordings, included many of Ian & Sylvia’s classics (including “Four Strong Winds” and “Darcy Farrow”), but also enough to have a full CD of recordings of songs never before included on any Ian & Sylvia album. Their new release, The Lost Tapes, is the result of this discovery. The album features several classics and over 20 never-before-heard versions recordings.

The album captures Ian & Sylvia in their prime and reminds us that ’60s/’70s folk music did not need to be strident and overly political to honestly convey aspects of the human condition. The humanity that comes through Ian & Sylvia’s blended voices was enough.

Give these 26 tracks a listen and you will discover just how far we have strayed… from straightforward tales of universal themes sung and played with crisp coherence. To sit in on Ian & Sylvia performing a song like Buck Owens’ “Together Again” is a rare treat, and to hear these live performances (all reproduced clearly) is to feel as if you’ve traveled to a better time and place.

Appropriately, the last thing you’ll hear on the final track is — you guessed it — more applause.

4.    When First Unto This Country (Traditional, adapted and arranged by Ian & Sylvia)

5.    Come All You Fair and Tender Ladies (Traditional, adapted and arranged by Ian & Sylvia)

2.    Heartaches By The Number (Harlan Howard)