Nick Kyrgios is to tennis what Donald Trump is to politics. Trump isn’t in it for the fund raising, and clearly Kyrgios isn’t in it for the potentially lucrative endorsement deals. What they are is in it to win it. That may or may not happen… but at least, as Frank Sinatra sang for years, they can say they did it “their way.”

In the ultra micro-managed personality pool of presidential candidates or tennis players, these two alpha males are refreshing in their authenticity of self. Whether or not you agree with them and their crass remarks is another matter, but their ability to provide relief for viewers who are over their overly scripted peers is sensational and utterly of-the-moment.

On Wednesday, in the middle of his tense Rogers Cup match against Stan Wawrinka, 20-year-old Nick Kyrgios decided to walk over to Wawrinka during the second round and establish a level of trash talk not heard on the grass, clay or hard courts in quite awhile. He told him that another tennis player “banged his girlfriend,” adding “Sorry to tell you that, mate.”

Apparently Wawrinka didn’t hear Kyrgios because he didn’t react to the remark. The match ended in the next round after Stan sustained an injury which forced him to pull out of the competition and both guys shook hands as if nothing even happened.

Poor Kyrgios. He must realize that being himself is good for his game. But with the parallel success of his game and his “bad boy” behavior, he probably now feels under obligation to fulfill all the expectations created by the hype that surrounds his every move. To call Kyrgios immature and disrespectful is to forget that he is just a tennis pro type that has been missing from the scene for a generation (think back to sweet little Andre Agassi saying that Pete Sampras looked like he just swung out of a tree, like a monkey… or any number of John McEnroe remarks in his day, or Ilie Nastase…) I won’t go so far as to say that tennis needs villains, but I will say that tennis needs the players to be themselves. Professional tennis is not a social experiment; it’s a battle to win. In a sport where the young players attend the Association of Tennis Professionals’ (ATP) so-called “university” and are trained to answer perfunctory post-match press conferences and regurgitate the same old, tired generalizations, Kyrgios has brought a dash of much-needed swagger back to the game.

The ATP will fine Kyrgios for his remarks. ATP rules allow for a fine up to $10,000 for verbal abuse or unsportsmanlike conduct. (That on top of the future increased TV revenue that comes from viewers tuning in to see what Kyrgios might say next, of course).

As for Stan Wawrinka, he eventually got word of the on-court comments, which went viral in no time at all.

And let’s not forget that the last time the U.S. actually had a Grand Slam men’s champion, it was none other than the guy who said to the chair umpire (at the 2008 Australian Open), “[Your ears are] connected to your head, use them”, “I’m going to speak very slowly to you, so you can understand me” and “Kids, stay in school or you’ll end up being an umpire.” That’s right — golden boy, Andy Roddick. 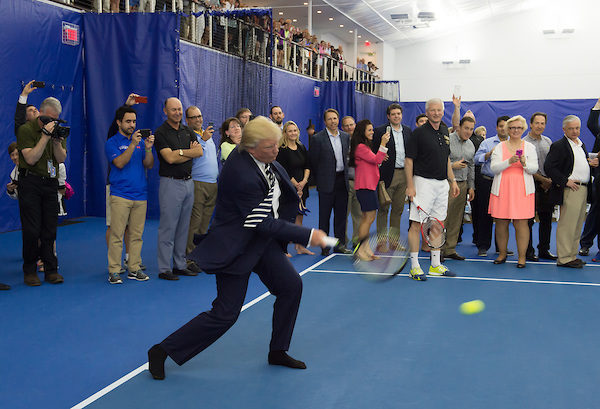