Charlie Daniels, Randy Travis and producer Fred Foster are the inductees joining the Country Music Hall of Fame this year.

Fred Foster is known as the head of Monument Records and for being instrumental in the careers of Dolly Parton, Roy Orbison and Kris Kristofferson.

Charlie Daniels is the iconic fiddle player best known for his 1979 hit, “The Devil Went Down to Georgia.”

Randy Travis is, well… country music. He had 16 No. 1 singles (including classics like “On the Other Hand,” “Forever and Ever Amen,” and “I Told You So”) and is one of the great interpreters of traditional and neo-traditional country music in his generation. Travis, who is still recovering from a massive stroke he had in 2013, has trouble speaking. Still, he was able to say the words “thank you.” 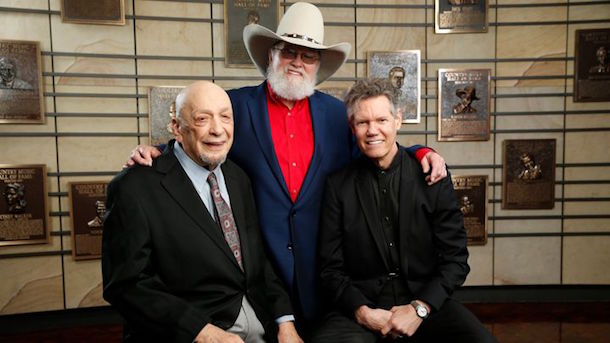