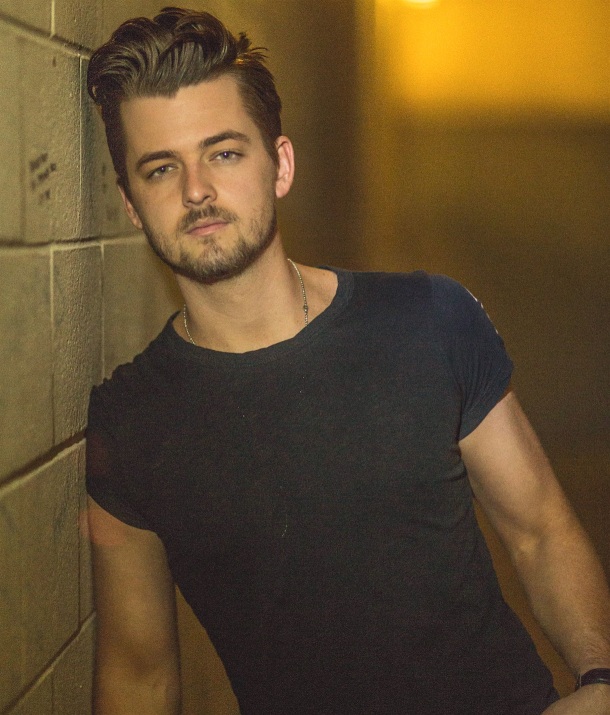 Adding to the excitement, it was announced today that the young guitar-slinger has been hand-selected for Brad Paisley’s LIFE AMPLIFIED WORLD TOUR in 2017. The announcement comes on the heels of the young star realizing a life-long dream this past Fall when he performed with Paisley for the first time at the U.S. Air Force Academy.

“As a singer, writer, guitarist, and just a fan of music, I’ve looked up to Brad Paisley for as long as I can remember. So to say I’m both honored and excited to tour with Brad would be a big understatement!” says Bryant.

In addition to claiming a Top 3 single earlier this year with the rollicking “Little Bit of You,” (which U.S. Olympic Gold Medalist Aly Raisman placed on her Entertainment Weekly “Pump Up Playlist”), Bryant stayed true to his road warrior reputation notching headlining sold-out shows in high-profile markets including Denver, San Bernardino and San Jose. The RED BOW Records act further showcased his electrifying showmanship with headlining slots at ACM’s Party For A Cause and the Chicago White Sox’s Country Music Night and performing on some of Country music’s most coveted stages including CMA Music Fest’s Riverfront Stage.

One of the most personally significant moments in Bryant’s 2016 stage career came when he was invited to perform for the first time on the hallowed ground of Opry at The Ryman.

“As a kid all I ever wanted to do was play Country music. After having family in music who had played the Ryman, I recall the first time I went at about five years old. I cried because the doors were locked, and I knew I wasn’t gonna get my shot to see it. All these years later the doors opened for me to play the Ryman stage, alongside some of my heroes! It was a night I’ll never forget,” says Bryant.

Fast-forward a few years later and Bryant is a celebrated new artist with critical-acclaim from the likes of Billboard, NASH Country Daily, Pollstar, PopSugar, Rolling Stone, Taste of Country, Teen Vogue and more. Singled out by The Phoenix New Times for his “downright good guitar playing,” Bryant was awarded the opportunity to jam onstage with another of his guitar idols – fellow Texan and legendary stylist LeeRoy Parnell – at the CMA Music Festival in June. Additionally, Bryant was able to ‘take it on back’ to his roots when the high school FFA member performed at the FFA National Convention, meeting with FFA students for the first time this October.

Finally, Bryant marked another first this year, as the multi-talented dynamo made his official acting debut in the James Bond-themed music video for his latest hit “Room To Breathe.”  Lauded “clever and suspenseful” (CMT.com), watch the high-stakes official video HERE.

To purchase “Room To Breathe” on iTunes, clck here.