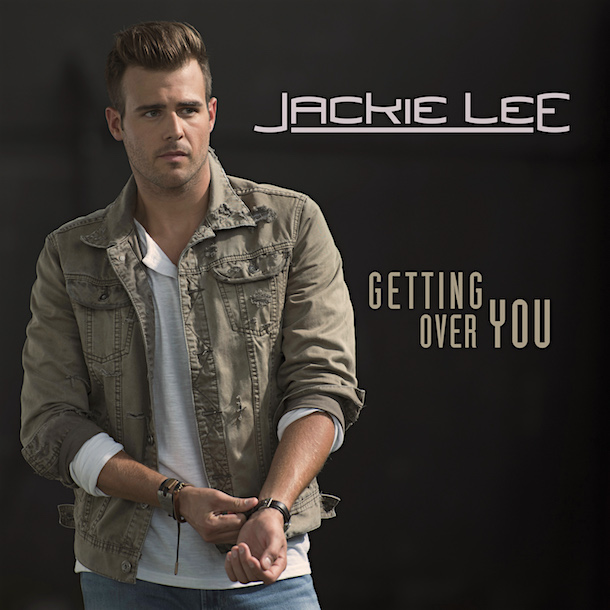 Jackie Lee — “Getting Over You”

“Getting Over You” is one of the most added songs at U.S. Country radio this week. For good reason; it is also one of the most thoughtful and inwardly honest songs out there. After the death of his mother earlier this year, Lee focused his creative energy on making the absolute most of his God-given time and talent. For Lee, that meant creating songs that expressed aspects of who he truly is, including who he still hopes to be. For an artist like Lee, at this stage of his career, insisting that the material he offers reflects who he is is an important step. Here’s to the artist who protects his talent by expecting even more of himself than sometimes others do.

Working with a new producer, he’s put out a new single “Getting Over You,” which will be featured on his upcoming debut album. It’s a logical extension of his previous good work, but the important thing is that it is indeed an extension. With “Getting Over You,” Lee is reaching for a more rewarding long-term career. Even with the strong reception he had with his previous singles (“She Does” and “Headphones”), my guess is that this is the one that many country music fans have unknowingly been waiting for. Why? Because it’s a masterful fit of singer and song. It’s an expressive-yet-introspective song that sits right in the sweet spot of Jackie Lee’s impressive vocal range—which allows him to open up and let those warm notes sail off into the heavens on just the right lyric. (If there is an heir to the Vince Gill neo-traditional vocal tradition, Jackie Lee is it.) Added to that is the expanded emotional base of his singing. The irreplaceable loss that Lee has faced only makes his delivery of “Getting Over You” all the more heartbreaking.

Plus, it’s an appealing song that any smart radio programmer will love. The song poses a question of a now-ended relationship: ‘Who feels worse?’ The answer: it’s all depends on your perspective. Getting over a breakup is tough all over:

The song remains country, while still embracing a pop anthem vibe, reflecting the universal situation of the suject matter. It’s a song that listeners will relate to instantly and country music radio would be wise to keep it playing for a long time to come. Considering that Jackie Lee is well on his way to becoming one of the “hunks” of country music (he couldn’t stop that even if he tried), it’s a nice reminder to fans that he’s a decent character, full of passion …and that sometimes, even the guy is equally deserving of a little empathy in a breakup.

The song’s success reflects the fact that Paul DiGiovanni, formerly of of the pop-punk band Boys Like Girls, was one of Lee’s favorite bands in his teenage years. Obviously, as writers, Lee, DiGiovanni and Brent Anderson share a similar vision. I asked Lee about this. He stated, “This is a sound that I’m proud of… You know, I grew up singing in church, where there are no music genre boundaries, really. You sing whatever you sing. So I wasn’t stone cold country, or I wasn’t purely pop. I sang a lot of different genres, which put me in a difficult place when I was first trying to make it in country. But with the format being where it’s at today, and with a producer like Paul, I wanted to use his influences along with my own influences. I wanted to make something that would allow me to go to sleep every night and, whether it goes number one or not, still be proud of… I’m twenty-five years old and I’m not only trying to figure out who I am as an artist, but also who I am as a person. What mark am I trying to leave on the world?” When I ask him just who he is these days, as a person, Lee responded: “You know, I didn’t really know what goals I had. When I first moved to Nashville, I thought a record deal and number one hits was what I wanted. Those are still things that I do want, but more importantly, I want to affect people. When they come to one of my shows, I want to make people feel good. I want to help them forget whatever troubles they have. I want them to be able to come to a show and let their hair down. I’ve had a very blessed life and my mom really had a heart for people, and she and my dad both went above and beyond when it came to making sure people were taken care of. I want to carry on that legacy. I want to make sure that people in my life—or even people that I just meet—I want them to have that same peace of mind.”

He may have faced some tough moments in 2016, but 2017 is looking bright for Lee. Just last week, CMT named Jackie one of its ’17 for 2017 Listen Up’ artists and Rolling Stone Country stated that “Getting Over You” is “poised to be his breakthrough moment.” Lee has a few concert dates lined up (including a New Year’s Eve celebration with fireworks at The Island in Pigeon Forge, Tennessee), and there will be plenty more to come.

Until 2017 begins, however, there’s still a few weeks left, so I took the opportunity to ask about Christmas memories and plans:

(Parcbench): What was your favorite Christmas present you received as a kid?

Was there a Christmas gift that you always wanted that you never did get?

My parents never had a lot of money, but they always did a good job making me, my brother, and my sister feel we had everything we wanted.

Wait, is it called “The Christmas Song”? (he sings) “Chestnuts roasting on an open fire / Jack Frost nipping at your nose…” That’s my favorite one!

If you could throw a fantasy holiday party and invite anyone, past or present, to perform at it — who would you invite?

People might make fun of me for that, but I am such a Michael Bolton fan, it’s ridiculous!

You just want to have a “sing-off” against him and win.

If I could have a “sing-off” with Michael Bolton, that would be a-ma-zing.

And if you could meet anyone under the mistletoe, who would that be?

My girlfriend, of course.

You gotta go with your girlfriend. Especially with “Getting Over You” taking over country radio this week!

And she’d also kick my butt if I didn’t.

Well, I hope you, Taylor, and your whole family, all have a very Merry Christmas… and we’ll catch up with you in 2017, which is going to bring great things to you!

To purchase “Getting Over You” on iTunes, click here.