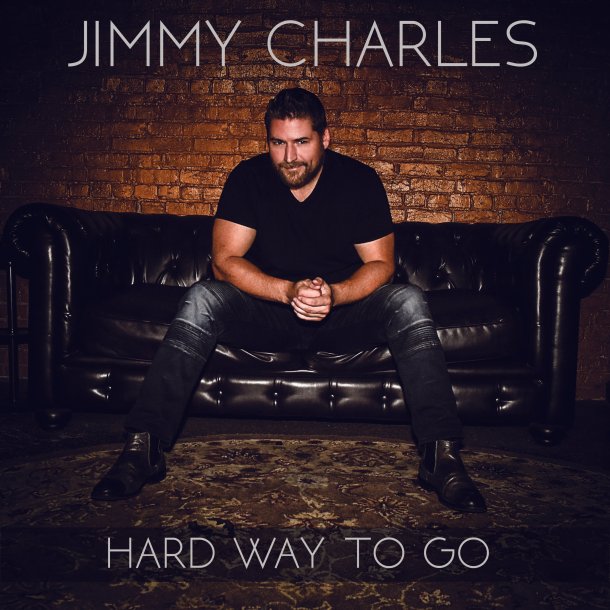 He’s made a name for himself with compelling original material and toured the country—opening for Lady Antebellum, Montgomery Gentry, Kip Moore, Kacey Musgraves, Josh Turner, Merle Haggard and more since launching his music career in 2014. A Season 9 American Idol “Hollywood ticket” participant, he placed in the Top 50 of Nashville Star in 2013. The singer/songwriter found early success with his first single, “Whatever It Takes,” and the power of his second release, “Superman” solidified his place in the spotlight. When the single’s companion video premiered on CMT, it trended in the #1 spot for over a week. His third single, “Bout Summertime” showcased his more adventurous and carefree side, landed him on the MusicRow Chart and set the stage for “I Am Not Alone.”

And now Jimmy Charles has released Hard Way To Go, a seven-song collection (produced by Paul David) that suggests he can do just about anything. He is equally in command singing sweetly or rowdily, and the songs he’s written only get better with repeat listening. Over the years, his voice has developed into one of those reliable instruments that make a song sound like a hit, no matter what’s being sung. Even better, the songs on Hard Way To Go are deserving of such a strong performance. My personal favorite is “Rollin’ On,” a Southern-rock infused diary entry that only an artist who has paid his dues on the road could write.

A national spokesman for ZERO Cancer since 2014, Jimmy Charles was named Outstanding Young Tennessean in 2017 for his work against the disease…

Jimmy Charles’ current single is the passionate “I Am Not Alone,” a song he co-wrote with C.J. Garton and Rich Fehle. Produced by Grammy Award-winning producer Lawrence “Boo” Mitchell, the song’s delivers a message of hope and strength, and offers a compelling vocal performance.

One thought on “Jimmy Charles — ‘Hard Way To Go’”