Producer John Snyder had always wanted to record alto saxophonist Art Pepper and booked him into a week at the Village Vanguard in New York. At the time, Pepper was under contract to Contemporary Records, whose label head, Les Koenig, decided he would record the gigs, quashing any notion Snyder had of doing the same. However, Art promised Snyder that he’d record an album for Snyder’s label, Artists House, at some point down the road. Together they wound up making four.

Omnivore Recordings will make available for the first time the complete Artists House sessions including 19 previously unissued takes. The original albums drawn from these sessions, So In Love, Artworks, New York Album, and Stardust, have been remastered and expanded with additional takes, some having appeared previously on releases such as The Complete Galaxy Recordings and Artists House—Complete (download only), while some appear here for the first time.

The five-CD set, also available on Digital, will be available September 23, 2019.

“Art Pepper had had a brilliant career as a jazz soloist and band leader until the mid-1950s when he started using heroin,” writes Pepper’s widow, Laurie Pepper, who contributed the liner notes for the set. “After that, incarcerations and treatments in prisons and hospitals kept him off the stages and out of the studios. He was only able to record sporadically until he got (relatively) sober in Synanon in 1972, and married — me. Then, in the last ten years of his life, he composed, recorded, and toured more ambitiously than ever before, focused on securing his place among the true jazz greats — where he knew he belonged.”

In addition to her liner notes, Laurie Pepper provided photographs she took at the sessions. Altogether, this is the most comprehensive window onto the Artists House sessions ever likely to be.

Ms. Pepper says, “John and Art both kept their promises. John brought Art into the wider world; he put him on the road. Just as he said he would, he brought him to New York and to the Village Vanguard, got his picture in the papers, got him on the radio. From Art, John got his dearest wish. He made these 32 recordings.” 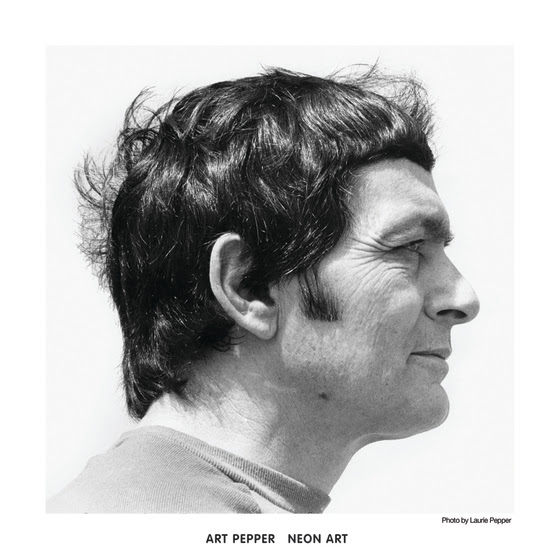