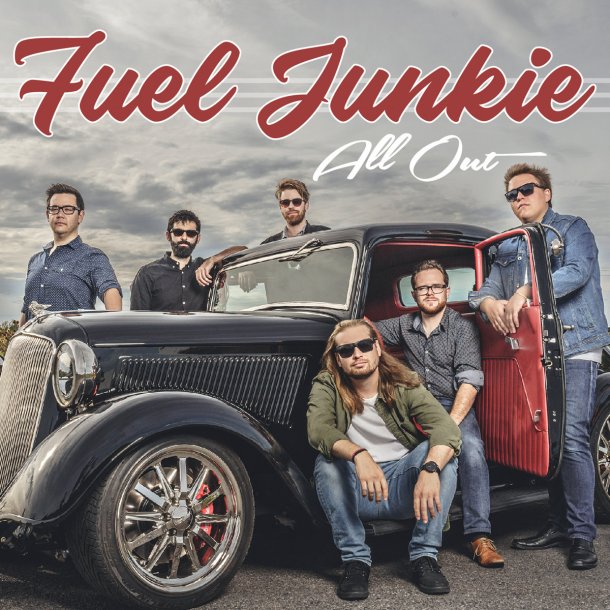 Fuel Junkie — All Out

Fuel Junkie’s new album, All Out, starts with the title song — an explosion of thrilling sound that sets the course for the trip to follow. The next 10 tracks maintain the energy of that ambitious kickoff, and expand on the band’s impeccable showmanship by displaying the fulfilled potential of every musician onboard.

Fuel Junkie is: Mark LeClerc (Lead Vocal/Tenor sax), Philippe Brochu (Tenor Sax), Patrice Luneau (Baritone Sax), Antoine Loiselle (Guitar), Jean-François Charest (Bass), and Philippe Fleury (Drums). What’s notable (and what really sets them apart) is that the saxophone section is at the forefront. Doing what they do so well, you’d swear there were at least dozen more band members; these guys play with such connected amplitude that any instrument they touch achieves its maximum. Given the nuanced responses they draw from each other continuously, I would guess that Fuel Junkie sounds amazing in a live setting. No doubt a crowd lucky enough to attend would join in, adding their own energy.

Going ‘all out’ is a state of mind. It’s about being bold and brave, but it also takes effort and determination. Fuel Junkie makes it sound easier than it is. Enjoy.