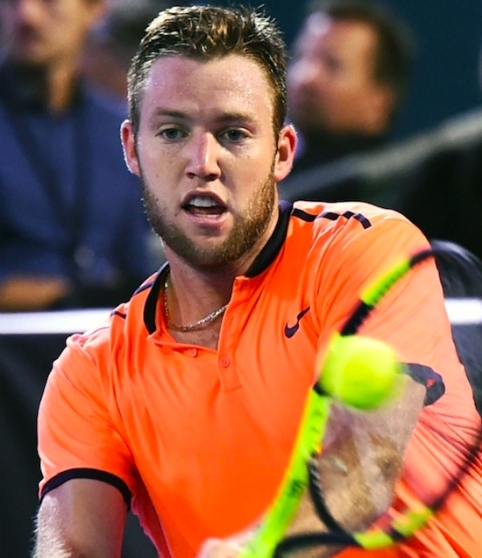 Jack Sock in round two at the ASB Classic in Auckland

At the ASB Classic in Auckland, New Zealand, No. 4 seed (and last year’s finalist) American Jack Sock has moved on to the quarter-finals. Sock, No. 2 seed John Isner (USA), No. 7 seed Steve Johnson (USA) and France’s Jeremy Chardy will battle it out for the finals slot in the bottom half of the draw. The likely finalist in the top half, after a withdrawal from Roberto Bautista-Agut (ESP), a retirement from Felciano Lopez (ESP), and a surprising defeat from David Ferrer (ESP) will be Marcos Baghdatis (CYP).

Qualifier Ryan Harrison (USA) delivered a strong serving game, but it was not a match for Sock’s beast of a forehand. Harrison fought hard, with a stronger defensive game than usual, and even took the second set. Sock, however, returned in the third with a consistency that reflects the work he has put in during the off-season, winning 7-6(7-5), 4-6, 6-1.

After a strong showing at the Hopman Cup last week, it appears that Jack Sock is more than warmed-up for 2017. Sock faces Frenchman Jeremy Chardy, on Centre Court, in Thursday’s quarter-finals (12:30am ET/11:30pm Wed. CT/9:30pm Wed. PT).