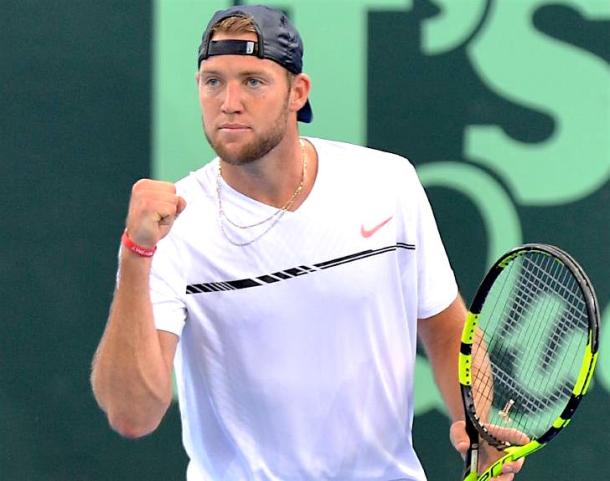 Jack Sock, who has won 35 of his past 47 matches, is in the best shape of his career. Physically, mentally and emotionally he keeps setting his own personal bar higher and higher. At Roland Garros, which begins today, Sock hopes to make it to the quarterfinals (and beyond) at a Grand Slam for the first time. It was in Paris in 2015 where Sock achieved his best-ever Grand Slam result so far—reaching the final 16.

Since then, Sock has earned a couple of Olympic medals and a top 15 ranking. So far this year he has created upsets by defeating Grigor Dimitrov and Kei Nishikori, and has won ATP titles in Auckland and Delray Beach and reached the semifinals at Indian Wells and quarterfinals in Miami. He is more than ready to get out there on the Roland Garros courts and show the world why he is now the top-ranked male tennis player in the United States.

He loves to play on clay and it shows. Sock enjoys adding clay-sliding to his arsenal of tennis weapons (i.e., the whip-cracked forehand, the intimidating serve, the deft touch at the net). What’s more—Sock is a showman who loves to excel at the larger tournaments; he is not afraid of the crowd or the spotlight or of having a good time.

“As a kid everyone has dreams of winning their ultimate tournament and being number one in the world,” Sock said as he prepared to play this week. Look for Jack Sock on Court 14 on Monday morning (5am ET) where he will face Jiří Veselý of the Czech Republic in round one. In their four meetings so far, Sock has defeated Veselý three times (the most recent three).