Chris Fullerton sings country music bold and brave beyond compare. Epilepsy Blues, the Central Texas singer-songwriter’s debut on Austin-based Eight 30 Records (out August 11, 2017), delivers hard truths both elegantly (“Bad Winds”) and effortlessly (“Come to Texas”), and simply stun with candor (“I Feel Nothing,” the title track). “The songs are about my depression and struggle to cope with a medical crisis,” Fullerton says. “A lot are very hopeful about being in a dark place but knowing there’s light at the end of the tunnel and I’m gonna survive.”

The road for an artist living with epilepsy has been paved with dark holes; Fullerton survived with tales to tell. Sharp storytelling guides the journey throughout the new album (“Seven Roman Candles,” “Motel Blues”). “Songs such as ‘Bad Winds’ are just kinda hopeless,” Fullerton says. “The chorus of ‘Motel Blues’ is, ‘I’m taking a westbound train and I won’t be home again.’ ‘Westbound Train’ is a freight-train-hopping saying that means you’re dying. There’s a lot of death in [the release]. There’s also a lot of strange things that are just in my brain on a daily basis like ‘El Paso Spacedance.’”

“It’s hard to say exactly where Chris Fullerton’s Epilepsy Blues takes you, but it definitely transports,” says Matt Harlan, the noted Houston-based singer-songwriter and recent Fullerton convert. “The songs have a time zone all to themselves, filled with sonic wormholes that can send you back in time, out into space or just to some unfamiliar house next door. Although they are rooted in noticeable traditions of country, blues, honky-tonk and folk, listening to these tunes somehow keeps you enjoyably off balance until you find yourself swimming along in their orbit.”
Other songwriters who own their own orbits: key influences Hank Williams and Townes Van Zandt, the ultimate lone ranger (Fullerton named his only son Townes for good reason). The stunning combination of these two haunting Fullerton’s work immediately turned heads. “Some albums are such a mind-blowing fine surprise that they daunt a reviewer’s skill to summon up heavenly-high praise,” raved Lone Star Music magazine. “Epilepsy Blues, the debut full-length release by the virtually unknown Austin-based Chris Fullerton, is one of those all-too-rare magical recordings.”

His magic happens quickly. Fullerton is a deep-browed lyricist who chases his muse so fast his pen feels on fire. “It doesn’t take me long to write a song,” he explains. “I know a lot of writers stew over songs for a month, but every one of these songs only took me a couple hours. They usually just come out, lyrics and music both. They’re just there and at all times of the day. I usually wake up in the morning and have something to write musically and lyrically. It’s a constant process to get it down fast enough.” 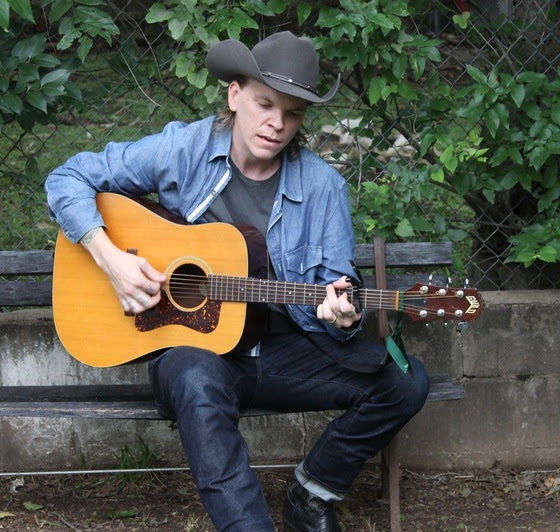