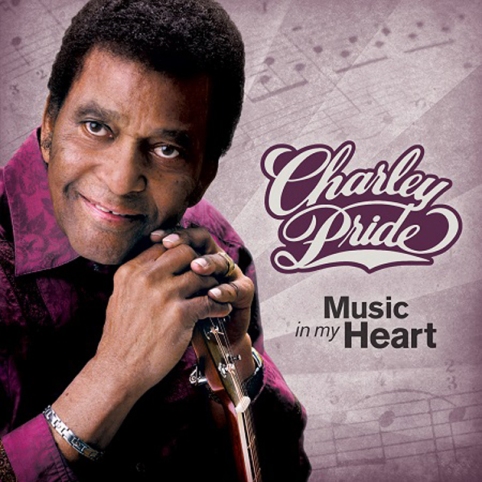 Charley Pride — Music In My Heart

In the mood for some good, old-fashioned, roadside jukebox country music? You’re in luck with the latest album from country legend Charley Pride. It is 13 tracks of fiddle and steel and three-chord arrangements and vocal velvet, featuring such songwriters as Bill Anderson, Ben Peters, Tommy Collins, “Country” Johnny Mathis, and Billy Yates.

Can he still sing, or what? The album, his first since 2011, is a lesson in song choice (kudos to producer Billy Yates) and phrasing, and a testament to the truth that “once a consummate singer, always a superb singer.” These are songs that just come and sweep you along; as soon as you hear the music, you are caught up, ultimately surrendering to the comfort of such a trustworthy voice.

A three-time Grammy Awards winner, Charley Pride was awarded a Lifetime Achievement Award from the Recording Academy earlier this year; he accepted the award this month, during the Academy’s Special Merit Awards ceremony, which took place in New York City. Now, Pride will hit the road to support Music in My Heart‘s release; a list of upcoming tour dates can be found here. Go. It’ll do your country soul good.