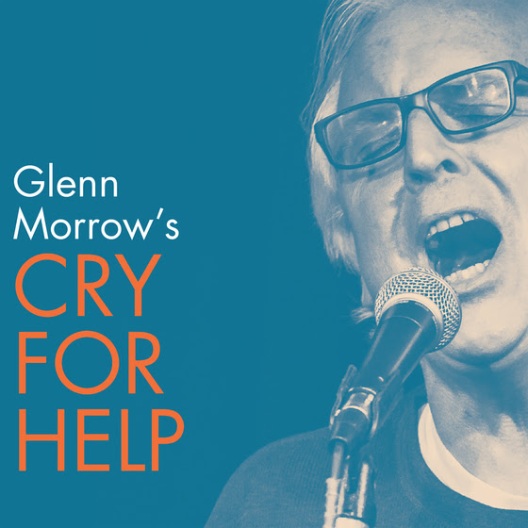 The rocker from the Individuals, “a”, and Rage To Live delivers a fresh set of songs and stories from the Mile Square City on June 23rd

With a new band behind him and a reinvigorated spirit, Glenn Morrow will release his latest collection of raucous rockers via Rhyme and Reason Records. The eponymous Glenn Morrow’s Cry for Help, out June 23, 2017, is a winning amalgam of energetic guitar blues, mesmerizing Velvets-style rhythms and grooves, sardonic storytelling, and the sort of no-frills, straight-to-the-gut alternative rock that Hoboken, New Jersey is famous for.

Call Morrow a local legend, and he’d probably demur: he’s a modest guy, and he prefers to let his songs do the talking. But in Hoboken — a town that has always celebrated idiosyncratic rock musicians — people know better. Morrow has been central to musical movements in the Mile Square City for more than three decades, both as a songwriter/performer and as the head honcho of Bar/None Records, an imprint that has always flown the flag for courageous artists. He was one of the first musicians to play at Maxwell’s, the epicenter of the scene for decades, and when Maxwell’s closed in 2013 to great fanfare (it’s since reopened under new management) it was Morrow onstage with his old bands the Individuals and “a” to bring the curtain down.
That show — plus a thorough re-reading of music critic Robert Palmer’s Deep Blues and a thorough engagement with classic records — inspired Morrow’s latest project.

“After the show at Maxwell’s, I felt like I had a clean slate from which to write,” he says. “A portal I hadn’t been able to access for a long time reopened in my brain. Thanks to a long-overdue trip to Memphis, I found myself going back to school to really dig into everything that informed the music I liked over the years.”

You don’t need to know any of that to enjoy the heck out of Glenn Morrow’s Cry for Help. Morrow’s latest project makes lean, economical, witty rock music: party-starting music. But the backstory does help explain why the band sounds simultaneously rooted in history and altogether fresh — and why the musicians play with the sort of urgency and hunger characteristic of brash new bands. For decades, through Bar/None and other projects, Morrow has stayed engaged in contemporary alternative rock music. And it shows.

Produced by Ray Ketchem (Elk City, Okkervil River, Bird of Youth) in his Orange Road Studio in Montclair, Glenn Morrow’s Cry For Help is eleven tracks of smart, sharp, varied rock. It’s an album that demonstrates the versatility of the band: this outfit can do tough street-level storytelling like “Bleecker and Third,” or stinging blues-rock like “Pony Express,” or strutting Stones-like pouters like “Let the Kid Come Out,” or a roadhouse ramble like “Electricity.”
The songs are held together by the confident, melodic playing of bassist Mike Rosenberg, the insouciant swagger of drummer Ron Metz, and the live-wire leads of guitarist Ric Sherman. These rock veterans — Metz, for instance, has played with the Schramms, Human Switchboard, and Tammy Faye Starlite, among others — approach this material with the combination of respect and irreverence that comes from long experience in clubs and studios.

They’ve continued their close association with independent rock culture in Northern New Jersey, too. Glenn Morrow’s Cry for Help has already been featured at the Hoboken Arts and Music Festival, a semi-annual tradition. They’ve appeared at Monty Hall, the new venue operated by WFMU, Jersey City’s world-famous free-form radio station. So if you’d like to know who’s carrying the torch for one of the most storied local rock scenes of the last three decades, well … look no further. And if you just want to hear a great, tight, no-nonsense rock ’n’ roll record, prepare to heed Morrow’s Cry for Help. 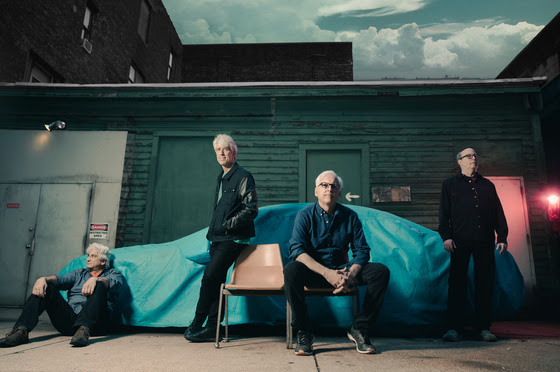